It's not required to reserve tickets.

The Freestyle Classics show creates links between two seemingly opposed artistic and cultural domains: classical music and freestyle dance. Through performances and a reportage, the Freestyle Classics project breaks artistic codes, advocates diversity and exchange between artists and proves that by joining forces, we can create new sensations and emotions.

Freestyle Classics is a unique show that mixes the world of classical music with street dance thanks to the unexpected encounter between two artistic groups renowned in their field: the Freestyle Lab collective and the Akhtamar String Quartet.
The association between classical musicians and freestyle dancers is rather atypical, even exceptional. This fusion of genres results in a show where socio-cultural differences are erased for the service of an original artistic creation, putting forward the diversity of aesthetics, a renewal of forms, hoping to provoke new discoveries by the public.

THE SHOW
In the Freestyle Classics show, eight artists aim bring back to the stage what they really experienced during their first meeting: discovery, inspiration, intrigue, fusion, sharing, discussion, connection, creation. Several stages that musicians and dancers experienced in a week's residency together, without knowing each other beforehand. Classical music and hip-hop dance, two totally opposed environments in the eyes of the general public, are not so opposed after all when they discover each other, exchange, and merge.
The exchange between these two arts flows naturally thanks to many common points discovered: the importance of foundations and history; the technique, rigour and discipline to achieve mastery; a high and intense energy; the marked contrast between the very fast and the very slow...
Music and dance have really merged for this creation. You will see musicians moving and dancers creating their own music.
This show can be performed both indoors and outdoors, and can be adapted to the position of its audience.

Freestyle Lab vzw
The non-profit organisation Freestyle Lab was founded by Anissa Brennet in 2016. Thanks to financial and marketing support from a dance competition, she launched Freestyle Lab, a platform that offers Belgian street dancers more opportunities to develop their art and their skills.
Freestyle Lab contributes to the development and professionalisation of the Belgian hip-hop scene.
The objective of the association is to highlight the importance of culture and artistic development in our society. Indeed, the educational and universal values advocated by hip-hop culture promote respect, unity, education, diversity sharing, discovery and creativity.
To spread its good vibes, the collective multiplies exchange opportunities by organizing events that bring together dancers of all urban styles, ages, levels and backgrounds. and all backgrounds. Contributing to the visibility and professionalization of the Belgian hip hop community, the collective performs in cult places of the Belgian art scene: Kanal-Centre Pompidou, Tour & Taxis, Ancienne Belgique ...

Akhtamar Quartet
Created in 2014, the Akhtamar Quartet chose its name in reference to the Armenian Miniatures by Komitas/Aslamazyan, which the ensemble has performed with passion since its inception. In 2021, the Akhtamar Quartet was awarded the third prize in the International Johannes Brahms Competition.
Since its creation, the Akhtamar Quartet has made it its mission to bring classical music to a very broad audience. This approach has given rise to numerous concerts and performances adapted to audiences of all ages and backgrounds in Belgium and France. In their latest project "Sur la corde du rêve", the quartet brings music to hospitals nursing staff and psychiatric patients. Their instruments have already resounded in the most prestigious halls and festivals in Europe: Radio France Montpellier Festival, Concertgebouw Bruges (BE), Festival MontéLeon Festival (ES) as well as in Italy, Switzerland, Austria, Germany, the Baltic States... and of course in Armenia.
2020 marks the release of their first CD: "Armenian legend". The CD wins four stars in the prestigious BBC Music Magazine and Classica Magazine, as well as four Diapasons in the famous eponymous magazine and is one of the five nominees in the Classical Music category at the Octaves de la Musique 2021. 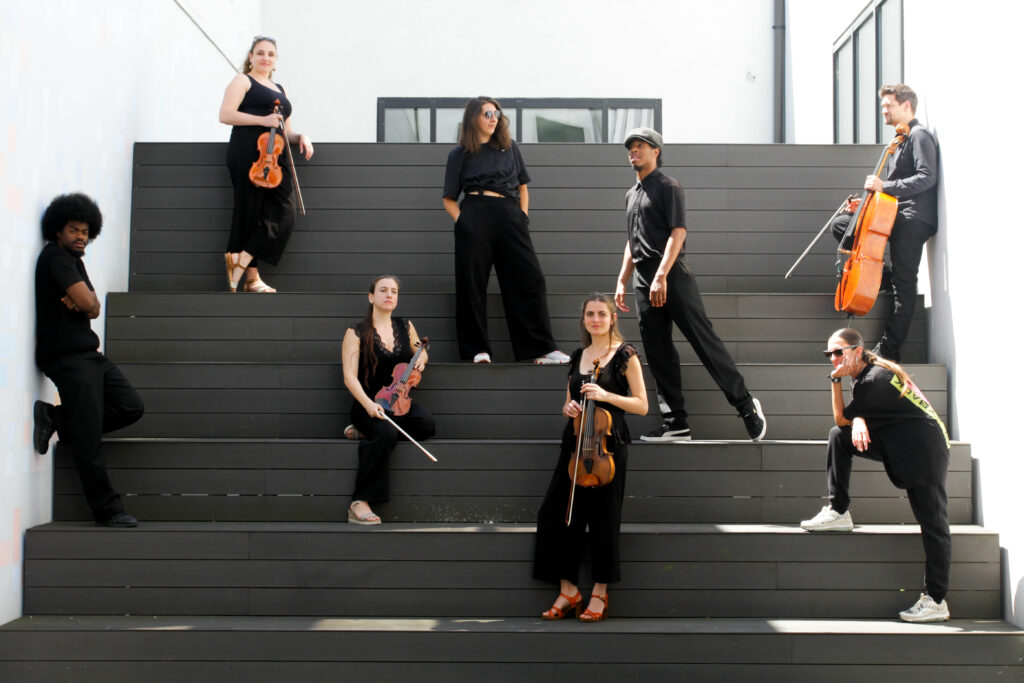 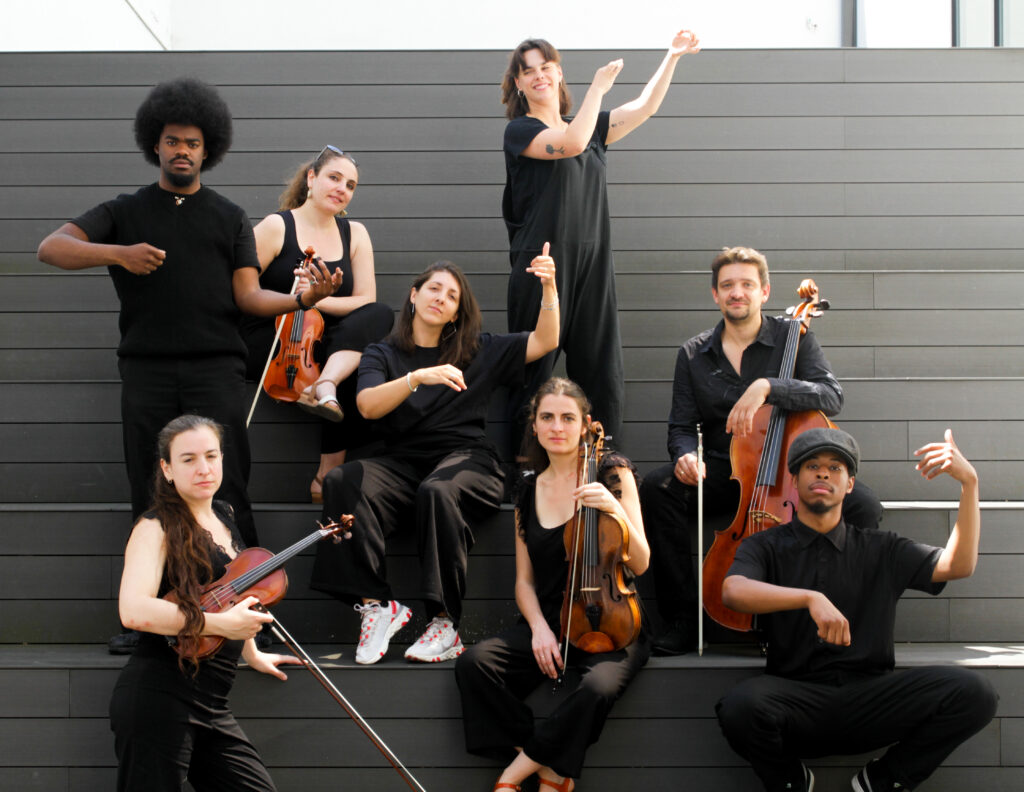 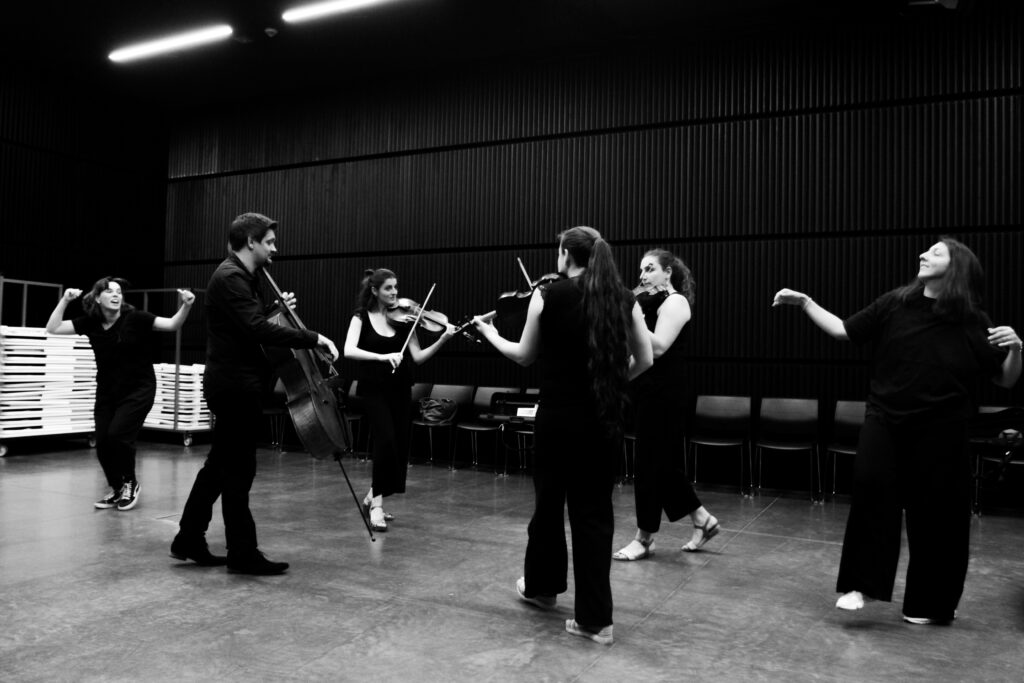