Golden hour on a November afternoon

If you would like to attend the event, please reserve your ticket by emailing astrid.004@hotmail.com

GOLDEN HOUR is a short dance film. We follow a boy who runs away and ends up in an intriguing group of friends. They live as a commune with its own rules in a remote house in the countryside. They are also young and rash. They surround themselves with people who think the same way and want to make the world a better place. Nathan is drawn by the freedom offered by this new reality and will do anything to show that he belongs.

Astrid De Haes (Belgium, 1996) lives and works in Antwerp. She started dancing at the age of six and has been interested in movement and the body ever since.

Captivated by dance and eager for experiment, De Haes took a bachelor’s and master’s degree in Visual Arts, Autonomous Design at the School of Arts in Ghent. She decided there to involve other media (photography, film and text, etc) in her practice and to investigate the moving body as a medium in all its complexity.

To become proficient at this, she undertook an internship at the School for New Dance Development at the Amsterdam School of the Arts in 2017. In her bachelor’s degree she made connections between a medium and the body, which can be seen in Hommes (video), Dansbingo (performative play between audience and performers) and Volume I (installation), etc.

In her master’s she developed further as a director and choreographer in the preliminary research for the dance performance Untitled. Interested in bringing people together in a project, there is always a focus on the moving body as a creative medium and as a way to gather information.

De Haes is active as an autonomous designer, a choreographer and director. Bringing people together and collaborating with a group is a must in Astrid’s work.

Liza De Maeyer graduated as a sex therapist but began studying Audiovisual Arts (direction) in 2020 at the RITCS in Brussels. She had already started experimenting with the medium film whilst pursuing her previous course of study, but being at the RITCS means that she now has the freedom and time to develop further and to start projects like GOLDEN HOUR. 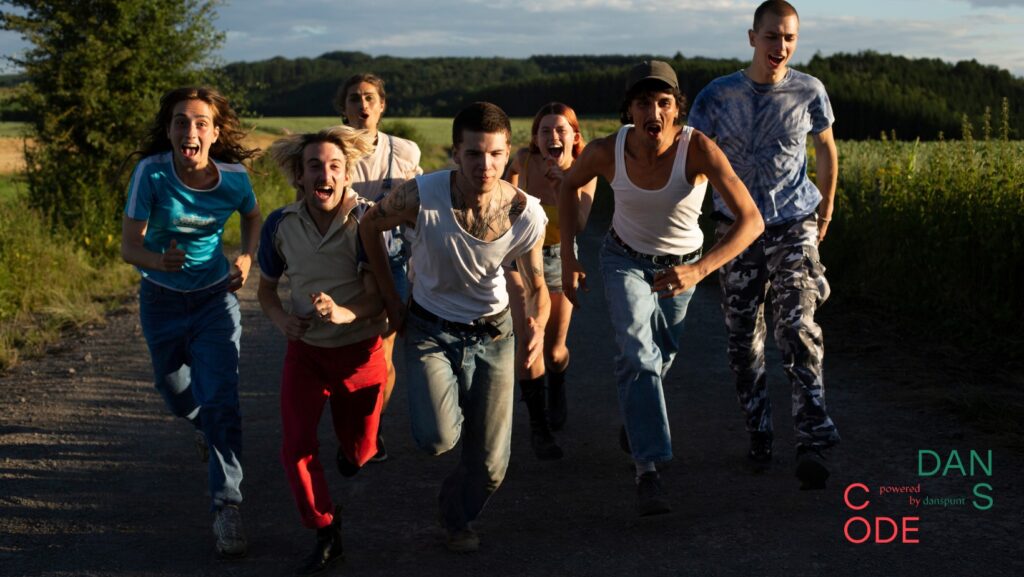